Logistics and Warehousing Investing in India

The growth in warehousing is primarily being driven by the following factors:
- Growing manufacturing activity
- Rising domestic consumption
- Increasing international trade
- The emergence of organised retail in the country
- Increasing private and foreign investments in infrastructure
- Easing of government regulations

Transaction volumes of warehousing space have jumped 85 per cent in 2017 to 25.7 million sq.ft across India’s top eight cities, a new report by Knight Frank India said.

Growth is expected in e-commerce, port and airport warehousing, inland container depots, agricultural logistics, cold chain management and e-commerce. The auto and auto ancillary and chemical and pharmaceutical sectors are expected to be biggest drivers.
The industry is moving towards bigger and more efficient warehouses. As warehousing account for 25% of logistics costs, consolidating operations in larger warehouses rather than small fragmented ones turn out to be more economical.

Mahindra Logistics’ warehousing capacity shot up 30 per cent to over 13 million sq ft in 2017/18. French Logistics company FM Logistics acquired Pune-based company Spear to get a foothold in India. It is looking to double storage from the current 3 million sq ft over the next three years. Ecom Express has 16 warehouses and is adding a dozen more to its tally this year. The relatively new Embassy Industrial Parks has about 6 million sq ft under construction and over the next four years, plans to build another 20 million sq ft. In 2015, real estate developer Embassy Group formed a joint venture with Warburg Pincus to establish Embassy Industrial Parks that will have an equity commitment of up to $250 million (Rs1,625 crore) from its joint venture partners to fund land acquisition and development. In April 2017, Singapore-based property developer Ascendas Property Fund Trustee acquired six warehouses from Arshiya Limited for Rs 534 crore. Arshiya operates two Free Trade & Warehousing Zones in Panvel, near Mumbai, and a logistics park at Khurja, near Delhi.

One of the biggest in the warehousing park business is IndoSpace, a joint venture between private equity firm Everstone Group and industrial real estate firm Realterm. IndoSpace says it has a portfolio of around 30 million sq ft across developed, under development, and planned projects.

Rajesh Jaggi, Managing Partner, Real Estate, Everstone Group says he has closed a third fund, a $550 million one, and has started deploying the money. Along with the earlier funds, the money invested in the JV would be upwards of a billion dollars.

Analysis of Bangalore market:
Bangalore has witnessed growth due to its increasing IT population. It is the biggest startup hub in India. The population being tech savvy has been very acceptable to the e-commerce growth. There had been a small infrastructure supporting the increasing demand. This paved way to a heavy requirement of organized warehousing and retail structure.

Return on Investment in warehousing is good as per current market trends. Major warehousing areas being Nelmangala, Hoskote, Mysore road and Devanahalli. Lands are available in the range of anywhere between 1 to 2.5 Cr per acre in these warehousing zones. The cost for constructing a warehouse based on built-up area ranges from Rs 800–1,600 per sq ft for pre-engineered building (PEB) and Rs 850–1,650 per sq ft for reinforced cement concrete (RCC). Rental returns are in the range of 10 to 25 per sqft depending on the area and warehouse quality. This makes it a good investment not only for individuals as well as organized companies. There are options for individuals to make the best returns of their land by the JV route.

Feel free to contact us for understanding more on warehousing as an investment in Bangalore / India.

All blogs by ONIX Advisors. 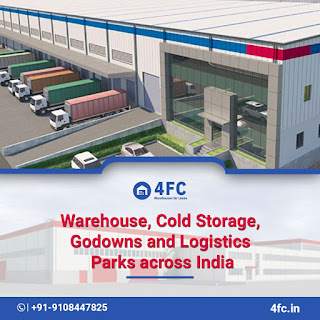 Where to rent a warehouse in Bangalore?